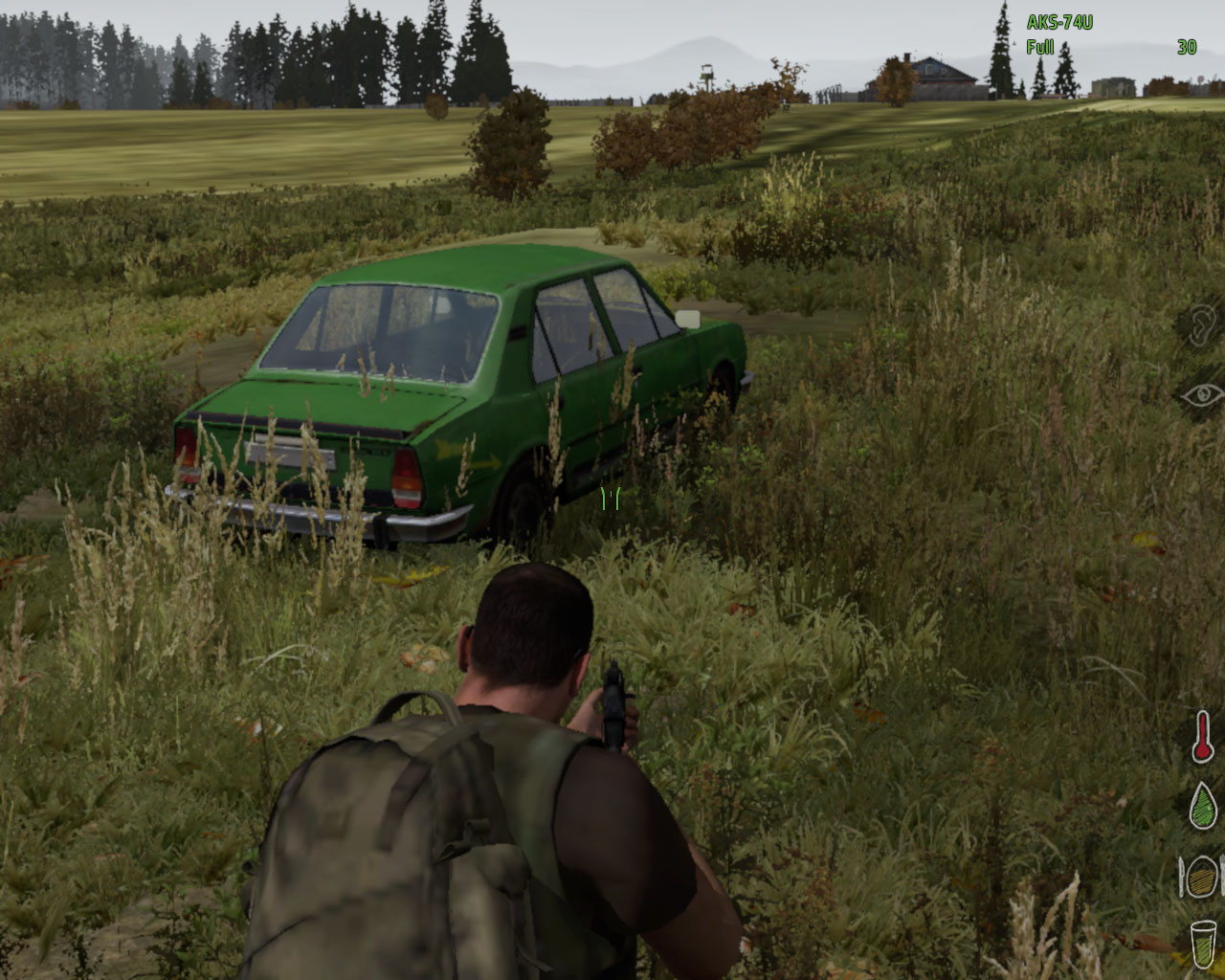 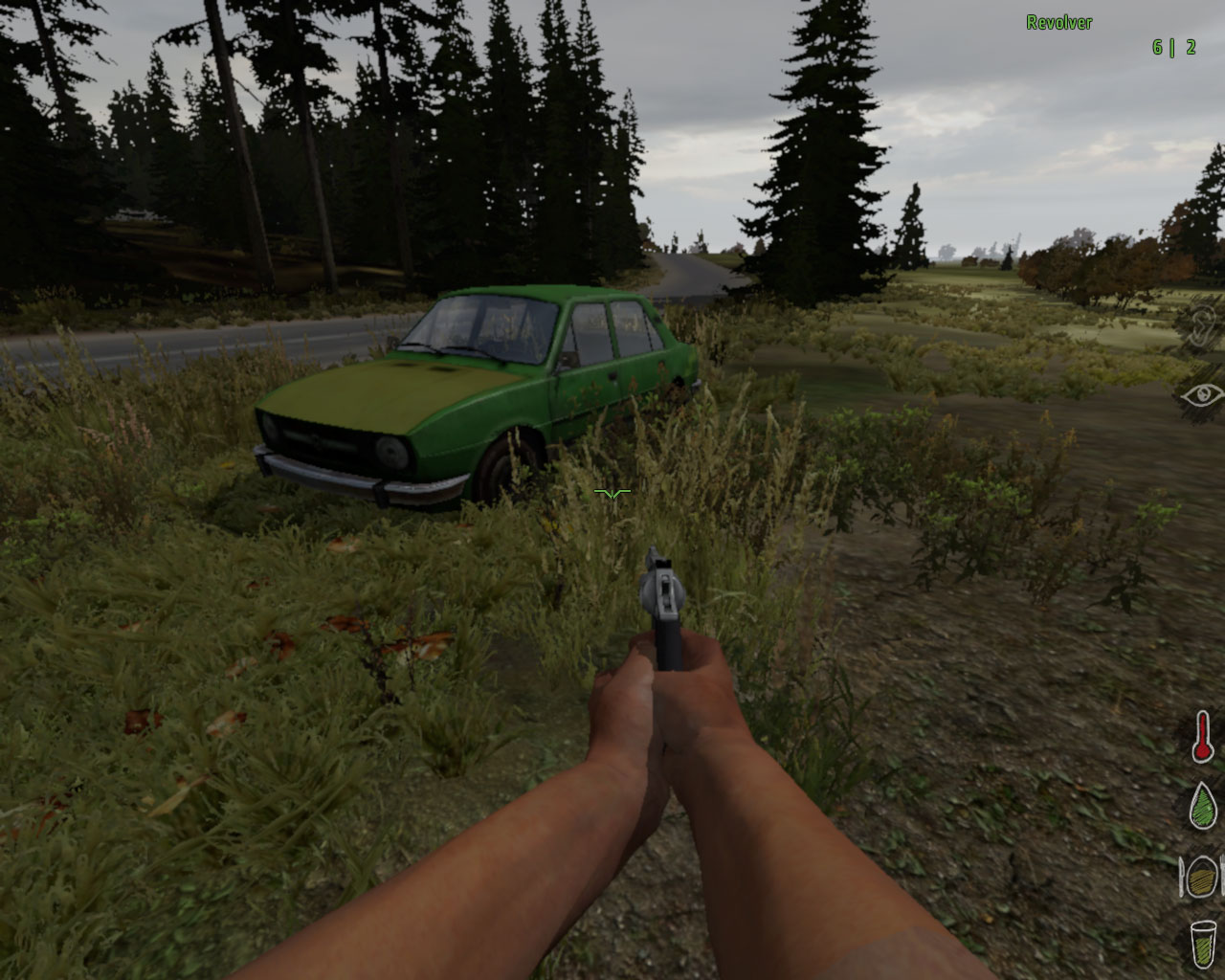 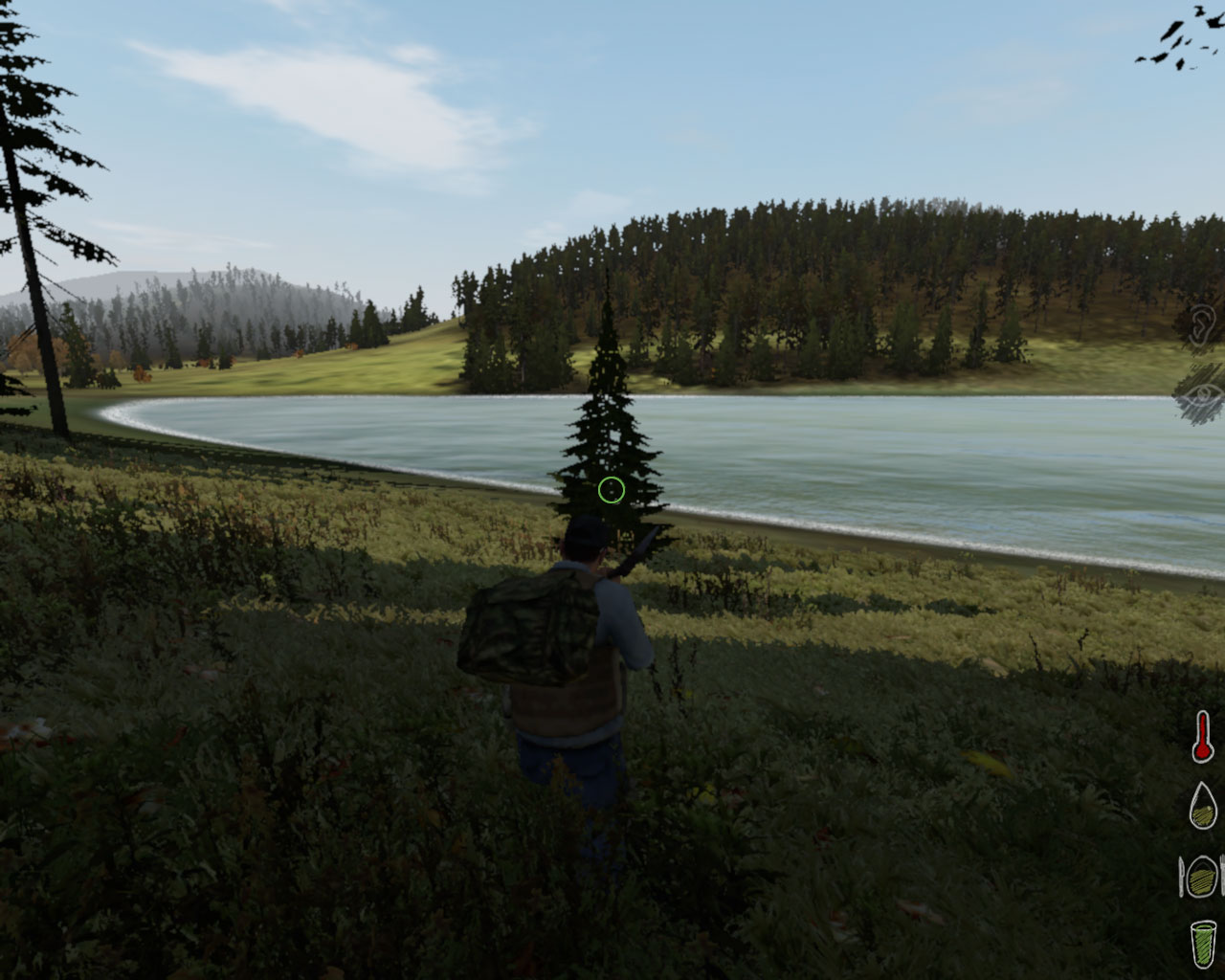 The last screen-shot: behind me, in the forest is the Ural – closest thing to tank in DayZ. Crashes down trees without taking damage :).

At a certain point in a moderately populated UK server I with a few friends controlled all available choppers! Two Hueys, two Mi-17, one Little Bird. This lasted about two weeks until the base was discovered but was a heart-warming sight … You want a heli – well, just pick one! Some days I felt like piloting the fast flying brick, next day took the agile little lady, etc. I also had total control over most important boats – the PBX and the Fishing boat.

After spending quite some time messing around and trying different approaches, I decided to go extremely peaceful – did not use any guns. Did not carry guns. Did not do PvP. And my longest period of survival was over a month, before I finally decided to quit playing.

Did not even remember how many land vehicles I used, but my favourite were the bicycle and UAZ. All over in my storage boat, tents and stashes I always had several pieces of each necessary gear for a fresh start, advanced survival and parts for vehicle repairs. Like antibacterial whipes, bandages, blood bags, antibiotics, morphine, hatchets, maps, compass, NVGs, GPS, matches, water bottles, cans, hunting knifes, wheels, engines, rotors, windscreen glasses and many more. NO guns. Also had camo and ghillie, but never wore them because they tend to scare people off.

Saw footage and game-play from the standalone and felt disappointed. Too early Alpha, tons of bugs and glitches which completely destroy the experience. Also quite expensive for its poor quality. 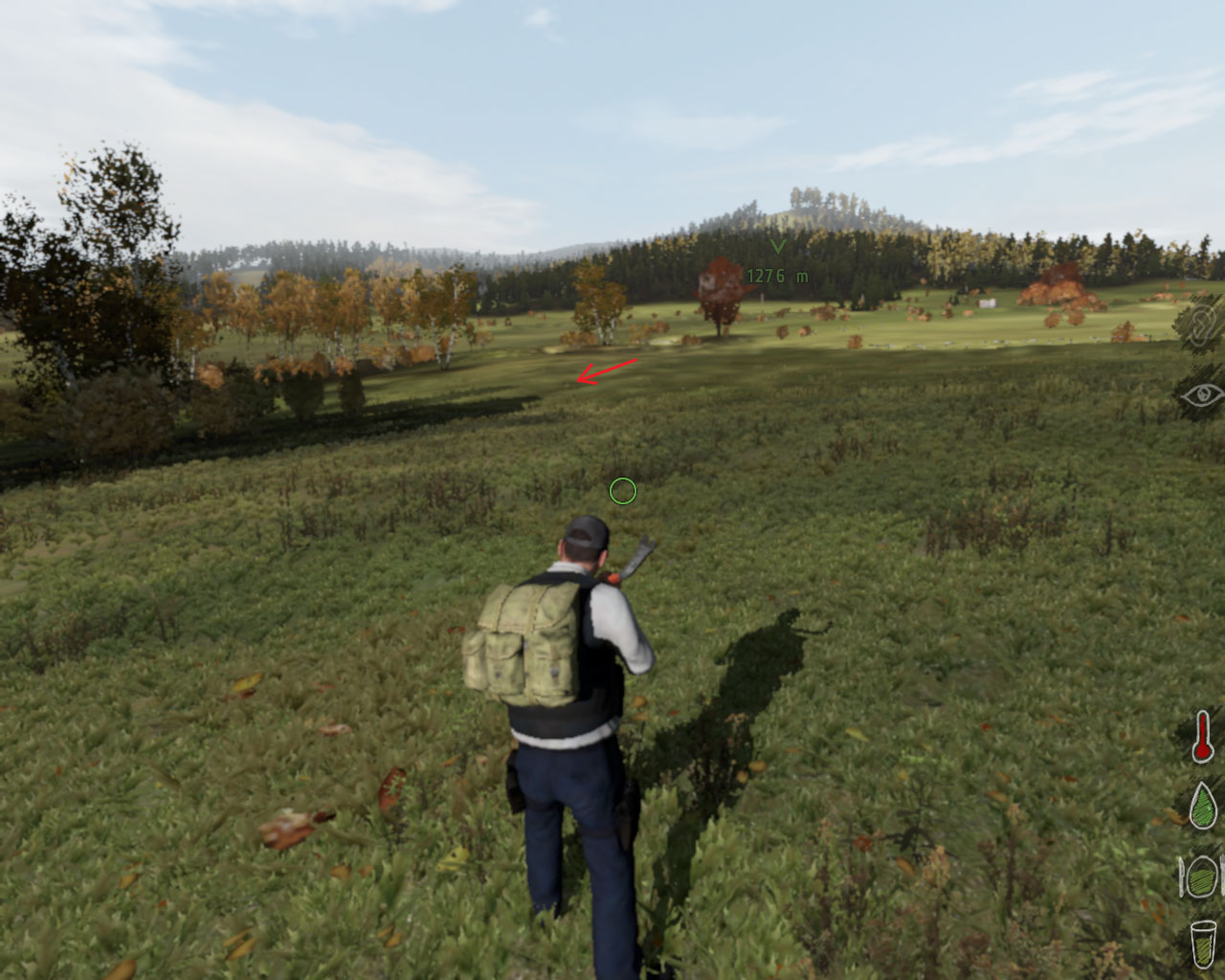 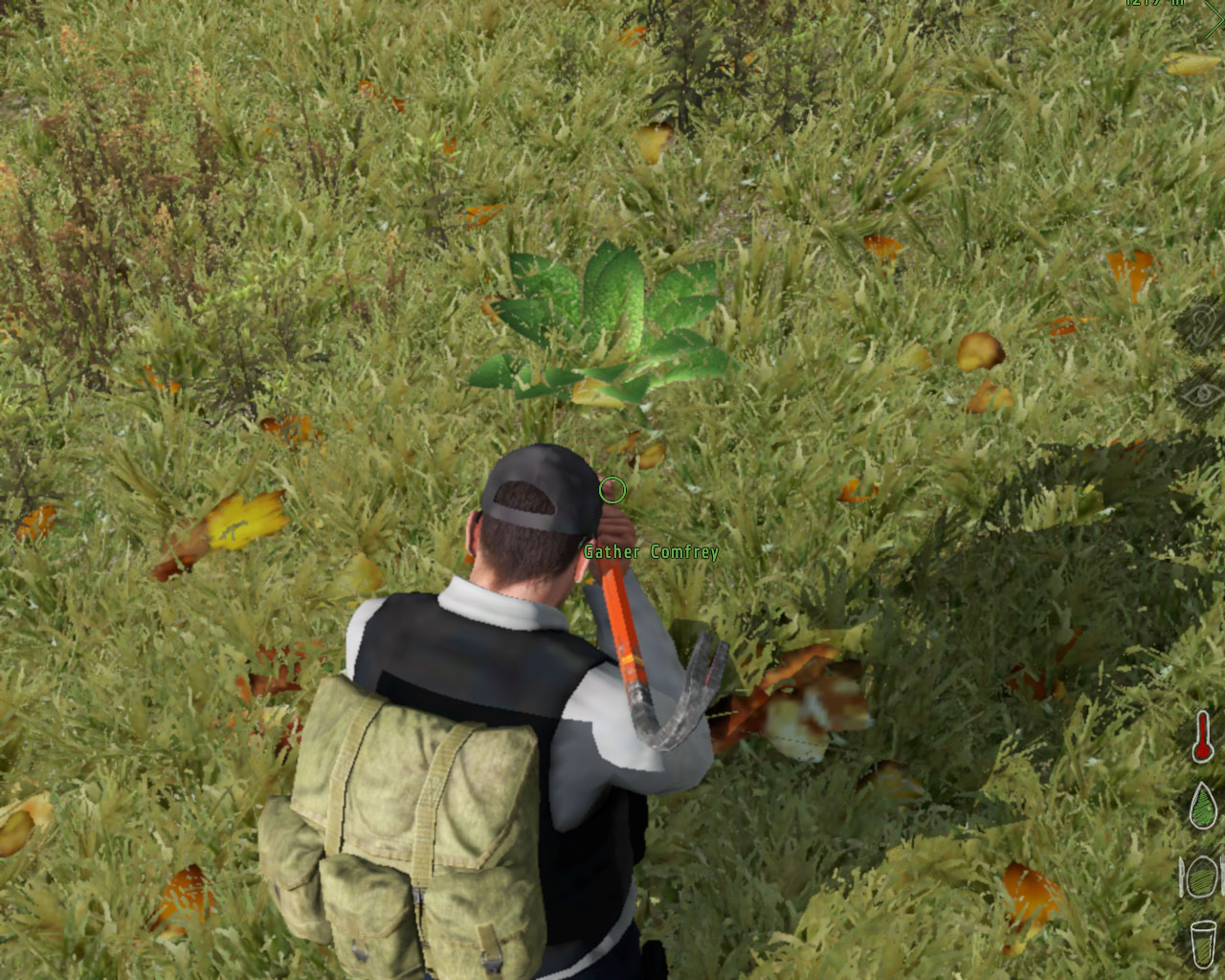